I wish everyone happy coding, new challenges and interesting bugs or issues 🙂

Last year I have installed SSD in my old laptop Dell 5520. Idea was to get better performance, especially after upgrade to Windows 10. Even they say Windows 10 runs faster, but I don’t agree with that statement.

Below is a video how to do the replacement of HDD in a laptop. If video will be not shown in the future, all Dell laptops are similar, so look for similar model. All replacement is pretty easy, even doing it for the first time.

If you are upgrading to Windows 10, like I am, at first do Windows upgrade and activate your Windows license. After that you will be safe to change your HDD and Windows license remains. As you maybe already have heard Windows 10 license is coupled with computer hardware configuration. So if too much hardware will change (like motherboard on a laptop), your license can stop working.

I also used some disk partition cloning tool, to copy all my data from HDD to SDD, so I didn’t need to reinstall Windows at all. System booted like a charm. All programs and files there in their places and Windows was up and running. It has saved me a lot of time, so my recommendation goes to “EaseUS Disk Copy Home”, because it is also free. Note: make sure you have less data in HDD than total SSD size, otherwise copying all data not fit. It is possible to copy single partition (for example, only C drive).

What does it feel running old laptop with SSD? I really felt boost of performance: Windows was starting and reacting faster, all software, apps and games were running faster, copying huge and small files was super super fast. Appreciable speed increase from laptop for me was at least 2x-3x times.

I have run benchmark tests before and after hard drive replacement, so I could show difference between old HDD and the new Samsung 850 EVO 250GB performance. By the way, the Dell 5520 has SATA II connection, which is still enough to reach maximum of SSD performance (540 MB/s sequential read and 520 MB/s sequential write). 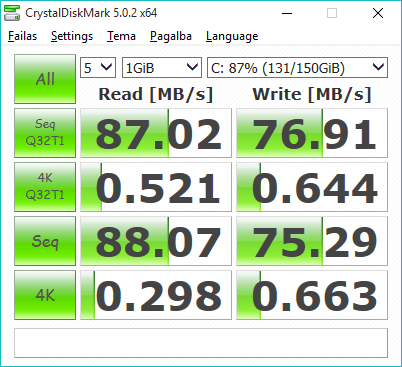 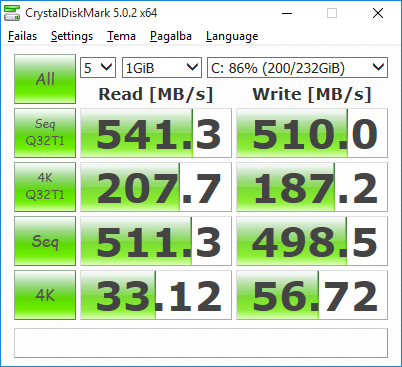 If you look only at plain numbers, hard drive read\write speed increase varies from 6-398 times for read operations and 6-290 times for write operations. The biggest increase is for small size chunks copying. Even these numbers are already amazing, additionally SSD performs a lot more IOPS (Input/Output Operations Per Second) than HDD.

It is really worth do such replacement if you only want faster computer, but you are satisfied with everything else on the machine. I have now already changed all my laptops to run with SSD and I am planning  to help my non-technical relatives to do the same. I don’t see a reason why I should spend money by buying new machine, while I can replace single part to extend computers lifetime.

Facebook growth speed and development scale is enormous. Even you can’t work at Facebook you still can learn how they do coding, releasing, monitoring and what tools can be useful to you too.

I find 26-30 (hacker series) the most interesting talks as a developer. Good source for new ideas.

If you liked these videos there are more videos available at https://www.youtube.com/user/FacebookDevelopers

Zip of application is here: BarChartApplication.

Some time ago I got a new dev machine. So I needed to install again all my development tools, Visual studio, MS SQL, etc. Luckily with help of Boxstarter and Chocolately this time consuming and not so interesting work (bigger part) can be automated. But usually were some annoying tweak and tune settings which are not or can’t migrated or forgotten to migrate.

Somehow I had not backup of my Resharper settings file, so I needed to change few settings from defaults. The most difficult one was get get rid of navigation to object explorer (default VS behaviour for external assemblies when using CLTR+click). I wanted to see decompiled sources of external code. Here is the setting you need to set in Resharper Options: 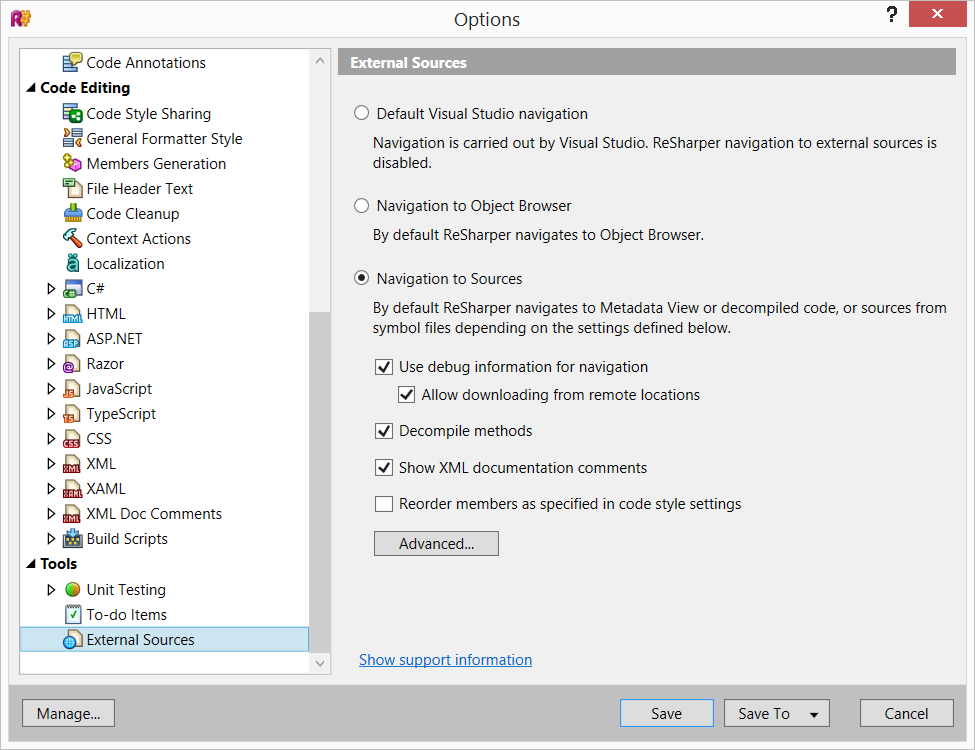 p.s. For myself: make settings backup!